Antidepressant medications are used to treat a variety of conditions, including depression and other mental/mood disorders. These medications can help prevent suicidal thoughts/attempts and provide other important benefits. However, studies have shown that a small number of people (especially people younger than 25) who take antidepressants for any condition may experience worsening depression, other mental/mood symptoms, or suicidal thoughts/attempts. It is very important to talk with the doctor about the risks and benefits of antidepressant medication (especially for people younger than 25), even if treatment is not for a mental/mood condition.

Antidepressant medications are used to treat a variety of conditions, including depression and other mental/mood disorders. These medications can help prevent suicidal thoughts/attempts and provide other important benefits. However, studies have shown that a small number of people (especially people younger than 25) who take antidepressants for any condition may experience worsening depression, other mental/mood symptoms, or suicidal thoughts/attempts. It is very important to talk with the doctor about the risks and benefits of antidepressant medication (especially for people younger than 25), even if treatment is not for a mental/mood condition.

Fluvoxamine is used to treat obsessive-compulsive disorder (OCD). It helps decrease thoughts that are unwanted or that don't go away (obsessions) and urges to perform repeated tasks (compulsions such as hand-washing, counting, checking) that interfere with daily living. Fluvoxamine is known as a selective serotonin reuptake inhibitor (SSRI). This medication works by helping to restore the balance of a certain natural substance (serotonin) in the brain.

How to use Fluvoxamine MALEATE ER

Read the Medication Guide provided by your pharmacist before you start using fluvoxamine and each time you get a refill. If you have any questions, consult your doctor or pharmacist.

Take this medication by mouth with or without food as directed by your doctor, usually once daily at bedtime.

Swallow the capsules whole. Do not crush or chew the capsules. Doing so can release all of the drug at once, increasing the risk of side effects.

The dosage is based on your medical condition, response to treatment, age, and other medications you may be taking. Be sure to tell your doctor and pharmacist about all the products you use (including prescription drugs, nonprescription drugs, and herbal products). To reduce your risk of side effects, your doctor may direct you to start this medication at a low dose and gradually increase your dose. Follow your doctor's instructions carefully.

Do not increase your dose or use this drug more often or for longer than prescribed. Your condition will not improve any faster, and your risk of side effects will increase. Take this medication regularly to get the most benefit from it. To help you remember, take it at the same time(s) each day.

Keep taking this medication even if you feel well. Do not stop taking this medication without consulting your doctor. Some conditions may become worse when this drug is suddenly stopped. Also, you may experience symptoms such as mood swings, headache, tiredness, sleep changes, and brief feelings similar to electric shock. To prevent these symptoms while you are stopping treatment with this drug, your doctor may reduce your dose gradually. Consult your doctor or pharmacist for more details. Report any new or worsening symptoms right away.

It may take up to several weeks before you get the full benefit of this drug.

Tell your doctor if your condition does not improve or if it worsens.

Nausea, vomiting, drowsiness, dizziness, loss of appetite, trouble sleeping, weakness, and sweating may occur. If any of these effects last or get worse, tell your doctor or pharmacist promptly.

Tell your doctor right away if you have any serious side effects, including: easy bleeding/bruising, muscle pain, shaking (tremor), decreased interest in sex, changes in sexual ability, pounding heartbeat.

Get medical help right away if you have any very serious side effects, including: fainting, irregular heartbeat, black stools, vomit that looks like coffee grounds, seizures, eye pain/swelling/redness, widened pupils, vision changes (such as seeing rainbows around lights at night, blurred vision).

This medication may increase serotonin and rarely cause a very serious condition called serotonin syndrome/toxicity. The risk increases if you are also taking other drugs that increase serotonin, so tell your doctor or pharmacist of all the drugs you take (see Drug Interactions section). Get medical help right away if you develop some of the following symptoms: fast heartbeat, hallucinations, loss of coordination, severe dizziness, severe nausea/vomiting/diarrhea, twitching muscles, unexplained fever, unusual agitation/restlessness.

Rarely, males may have a painful or prolonged erection lasting 4 or more hours. If this occurs, stop using this drug and get medical help right away, or permanent problems could occur.

This is not a complete list of possible side effects. If you notice other effects not listed above, contact your doctor or pharmacist.

In the US - Call your doctor for medical advice about side effects. You may report side effects to FDA at 1-800-FDA-1088 or at www.fda.gov/medwatch.

In Canada - Call your doctor for medical advice about side effects. You may report side effects to Health Canada at 1-866-234-2345.

Before taking fluvoxamine, tell your doctor or pharmacist if you are allergic to it; or if you have any other allergies. This product may contain inactive ingredients, which can cause allergic reactions or other problems. Talk to your pharmacist for more details.

Fluvoxamine may cause a condition that affects the heart rhythm (QT prolongation). QT prolongation can rarely cause serious (rarely fatal) fast/irregular heartbeat and other symptoms (such as severe dizziness, fainting) that need medical attention right away.

Low levels of potassium or magnesium in the blood may also increase your risk of QT prolongation. This risk may increase if you use certain drugs (such as diuretics "water pills") or if you have conditions such as severe sweating, diarrhea, or vomiting. Talk to your doctor about using fluvoxamine safely.

Children may be more sensitive to the side effects of this drug, especially loss of appetite and weight loss. Monitor weight and height in children who are taking this drug.

During pregnancy, this medication should be used only when clearly needed. It may harm an unborn baby. Also, babies born to mothers who have used this drug during the last 3 months of pregnancy may rarely develop withdrawal symptoms such as feeding/breathing difficulties, seizures, muscle stiffness, or constant crying. If you notice any of these symptoms in your newborn, tell the doctor promptly.

Since untreated mental/mood problems (such as depression, obsessive compulsive disorder, post-traumatic stress disorder) can be a serious condition, do not stop taking this medication unless directed by your doctor. If you are planning pregnancy, become pregnant, or think you may be pregnant, immediately discuss with your doctor the benefits and risks of using this medication during pregnancy.

This drug passes into breast milk and may have undesirable effects on a nursing infant. Consult your doctor before breast-feeding.

Drug interactions may change how your medications work or increase your risk for serious side effects. This document does not contain all possible drug interactions. Keep a list of all the products you use (including prescription/nonprescription drugs and herbal products) and share it with your doctor and pharmacist. Do not start, stop, or change the dosage of any medicines without your doctor's approval.

Some products that may interact with this drug are: other drugs that can cause bleeding/bruising (including antiplatelet drugs such as clopidogrel, NSAIDs such as ibuprofen/naproxen, "blood thinners" such as dabigatran/warfarin).

Aspirin can increase the risk of bleeding when used with this medication. However, if your doctor has directed you to take low-dose aspirin for heart attack or stroke prevention (usually 81-162 milligrams a day), you should continue taking it unless your doctor instructs you otherwise. Ask your doctor or pharmacist for more details.

Many drugs besides fluvoxamine may affect the heart rhythm (QT prolongation), including pimozide, thioridazine, among others.

This medication can slow down the removal of other medications from your body, which may affect how they work. Examples of affected drugs include alosetron, clozapine, methadone, melatonin, ramelteon, tacrine, tizanidine, certain benzodiazepines such as alprazolam/diazepam/triazolam, certain beta-blockers such as metoprolol/propranolol, tricyclic antidepressants such as imipramine, among others.

The risk of serotonin syndrome/toxicity increases if you are also taking other drugs that increase serotonin. Examples include street drugs such as MDMA/"ecstasy," St. John's wort, certain antidepressants (including other SSRIs such as fluoxetine/paroxetine, SNRIs such as duloxetine/venlafaxine), tryptophan, among others. The risk of serotonin syndrome/toxicity may be more likely when you start or increase the dose of these drugs.

Tell your doctor or pharmacist if you are taking other products that cause drowsiness including alcohol, marijuana (cannabis), antihistamines (such as cetirizine, diphenhydramine), drugs for sleep or anxiety (such as alprazolam, diazepam, zolpidem), muscle relaxants, and opioid pain relievers (such as codeine).

Check the labels on all your medicines (such as allergy or cough-and-cold products) because they may contain ingredients that cause drowsiness. Ask your pharmacist about using those products safely.

Cigarette smoking decreases blood levels of this medication. Tell your doctor if you smoke or if you have recently stopped smoking.

This medication may interfere with certain medical/laboratory tests (including brain scan for Parkinson's disease), possibly causing false test results. Make sure laboratory personnel and all your doctors know you use this drug.

Does Fluvoxamine MALEATE ER interact with other drugs you are taking?
Enter your medication into the WebMD interaction checker

If you miss a dose, take it as soon as you remember. If it is near the time of the next dose, skip the missed dose. Take your next dose at the regular time. Do not double the dose to catch up.

Store at room temperature away from light and moisture. Do not store in the bathroom. Keep all medications away from children and pets.

Do not flush medications down the toilet or pour them into a drain unless instructed to do so. Properly discard this product when it is expired or no longer needed. Consult your pharmacist or local waste disposal company. 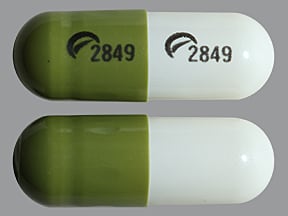 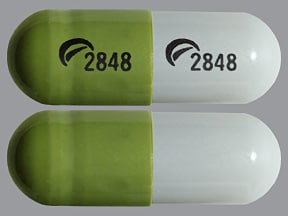 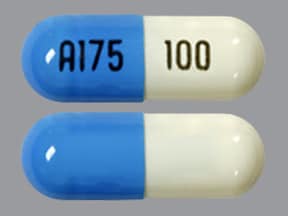 Taking Care of Mental Health While Treating HIV
Counseling and Addiction
Therapeutic Ways to Change Negative Thoughts
Bipolar Assessment: Is There More You Can Do?
Understanding the Different Types of Depression
Painkillers and Opioid Use Disorder
Alzheimer's Signs & Symptoms
View More

Select a condition to view a list of medication options

This survey is being conducted by the WebMD marketing sciences department.

Save up to 80% on your prescriptions.

Save up to 80% on your prescription with WebMDRx

Selected from data included with permission and copyrighted by First Databank, Inc. This copyrighted material has been downloaded from a licensed data provider and is not for distribution, except as may be authorized by the applicable terms of use.

CONDITIONS OF USE: The information in this database is intended to supplement, not substitute for, the expertise and judgment of healthcare professionals. The information is not intended to cover all possible uses, directions, precautions, drug interactions or adverse effects, nor should it be construed to indicate that use of a particular drug is safe, appropriate or effective for you or anyone else. A healthcare professional should be consulted before taking any drug, changing any diet or commencing or discontinuing any course of treatment.

More About Drugs and Medications